Biblical Byways, LLC sponsors study-tours of Biblical sites in Israel, Turkey and Greece. Ask about a trip to Jordan.  Mission tours to fields of interest to Christians can be arranged. The company is located in a suburb of Dallas, TX, in the U.S. Email us at biblicalbyways@gmail.com.
Drs. Les and Kathy Bruce are the tour organizers. They have been career missionaries as Bible translators and trainers of translators.  Their work on the Alamblak Bible translation has spanned several decades.

Kathy has taught courses and led seminars in the South Pacific and around the world. She completed her Doctorate in Missiology from BIOLA University following her M.A. in Social Science at Azusa Pacific University, and a B.A. in Biblical Education from Columbia Bible College (now Columbia International University).   She has pursued an interest in Biblical history and geography that began while teaching a course in Biblical Backgrounds for nine years at the Graduate Institute of Applied Linguistics. 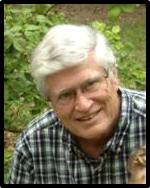 Les Has been leading study tours to the Middle East, Turkey and Greece since 2007. He completed his PhD in linguistics from The Australian National University in 1980. The published form of his dissertation came out in 1984 (The Alamblak Language of Papua New Guinea (East Sepik), Pacific Linguistics, Series C number 81, Canberra: A.N.U. Press). His M.A. was in Biblical Education from Columbia Bible College, School of World Missions, June, 1970. His B.A. was done at John Brown University (Arkansas) in Biblical Studies. Les has published several technical articles; perhaps he is best known for the 1988 article “Serialization: from syntax to lexicon”, Studies in Language 12/1:19-49.
Both Les and Kathy have taught at the Graduate Institute of Applied Linguistics in Dallas, Dallas Theological Seminary, Christian Heritage College, Alliance Biblical Seminary in Hong Kong, and the Summer Institute of Linguistics.  Les has also taught at Biola University and Alliance Bible Seminary (Manilla).  The Bruces have led seminars in Christian Marriage, consulting, translation, and linguistics. They have gotten their hands dirty in professional excavations at Bethsaida and Hazor in Israel, and participated several times in the Temple Mount Sifting Project in Jerusalem .

The Bruces’ passion is teaching and showing people how the Bible is accurate especially as corroborated by archaeological discoveries that confirm the historical truth of the Biblical narrative.

A.D. specializes in historical geography and archaeology of the Bible. He has traveled many times to Bible lands and now leads tours for Biblical Byways. A.D. is also a cartographer and produces maps, photo collections, and research through BiblicalPlaces.com and RiddleMaps.com. He is an associate instructor at Dallas International University. A.D. is married to Katerine and they have two teenage sons. (MDiv, MA, ThM)